Not all genetic tests are created equal

Genetic tests that are not comprehensive may provide a false sense of confidence or risk for patients wanting to understand their potential for developing heritable breast cancer.

Genetic testing was originally available only to medical specialists and genetic counselors for the purpose of diagnosing disease. As technology improved and costs for sequencing have come down, genetic tests are now more accessible to anyone curious about their genetic health. With so many genetic testing products on the market, it can be difficult to know how to incorporate the data from these tests into medical care or decisions.

Research presented by Invitae scientists at the December 2018 San Antonio Breast Cancer Symposium (SABCS) showed that direct-to-consumer (DTC) genetic tests have a limited ability to report on breast cancer risk. Key findings from the study are outlined below. 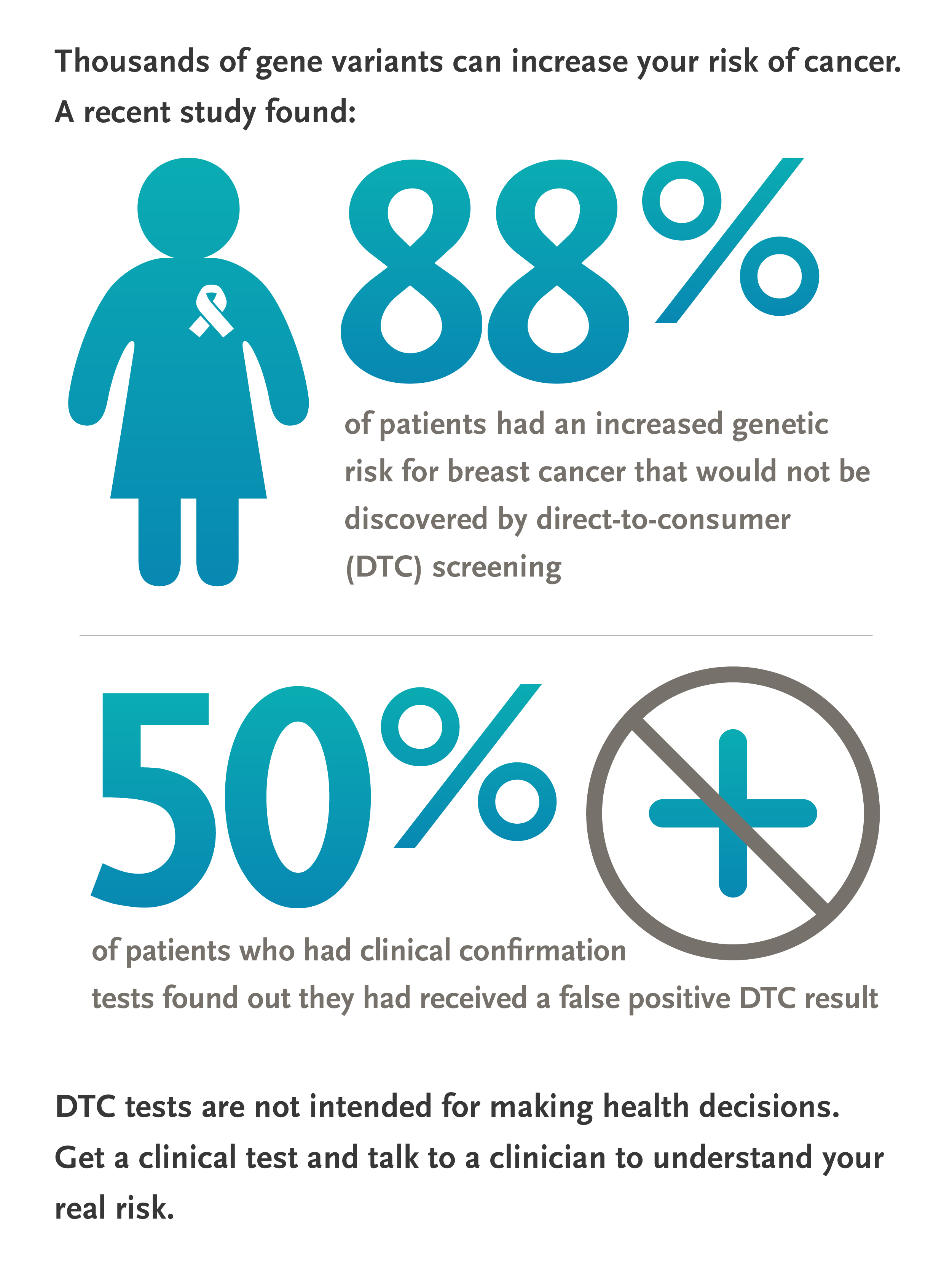 DTC tests miss critical results
To better understand the limitations of DTC genetics, Invitae conducted a study analyzing de-identified test results for over 100,000 patients who had a personal or family history of cancer to see if they carried a variant associated with an increased genetic risk of developing breast cancer. The study data presented at SABCS showed that an astounding 88% of patients with a variant associated with increased risk of breast cancer would not have been discovered through a DTC genetic test.

False-positives are more common than you think
The second piece of data presented at SABCS examined the accuracy of DTC test reports. Invitae performed clinical confirmation testing for 102 people who had received a positive result from a DTC genetic test. 50% of these patients had received false-positive results from their DTC test.

Always confirm DTC test results with a clinical lab
For anyone hoping to understand their risks of genetic conditions through a DTC genetic test, it is crucial to understand the limitations of these tests. Whether the DTC test result is positive or negative, it is important to get confirmatory testing from a clinical lab and talk to a healthcare professional before using genetic information to make any medical decisions.